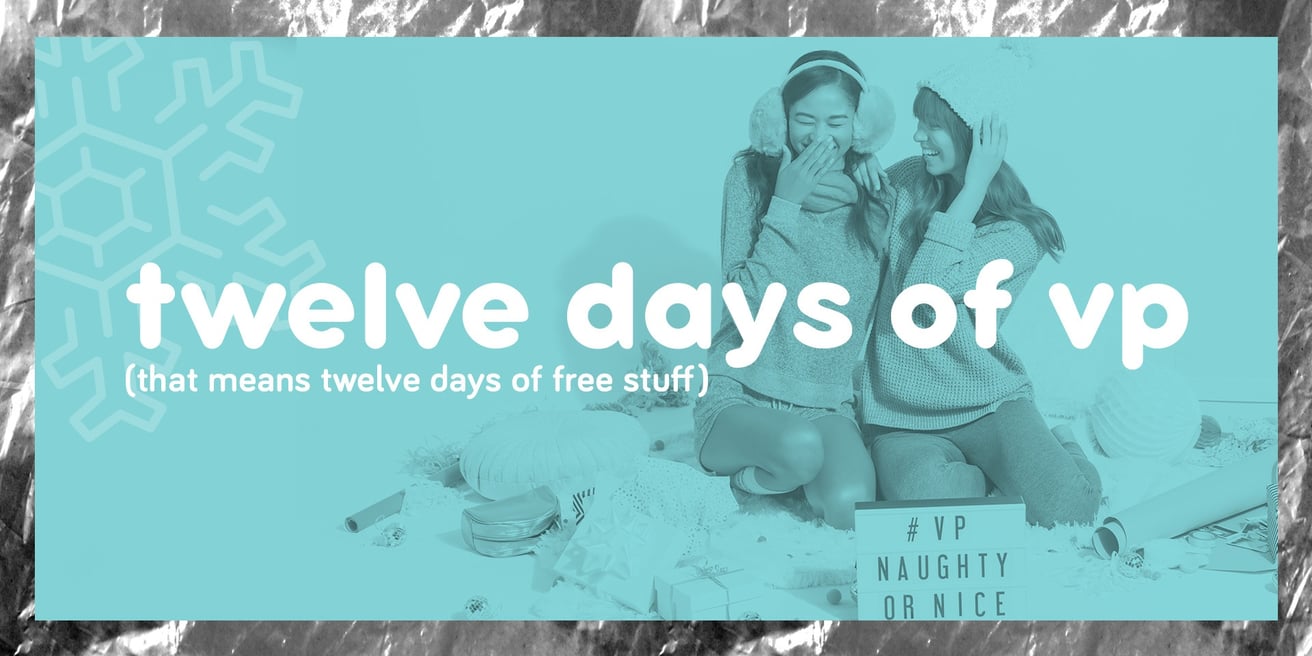 It’s the most wonderful time of the year, and we could not be more excited to give some gifts to everyone! We’re going to be running daily contests, starting on Monday, December 5, and will be giving away more than 75 of our favorite Vanity Planet products!

what is it?
Twelve Days of VP is our gift to you! Starting on Monday, December 5, we’ll be running daily giveaway contest. Each of the individual days will have a different entry method, and each of the 12 day’s we’ll add an additional item to the giveaway, so the day twelve winner will end up with 12 of our favorite VP products!

how does it work?
Each day, we’ll be posting that day’s entry instructions and prize on Instagram and Facebook at 11am PST. There will be a 24 hour entry window, and winners will be announced via Instagram Stories, Facebook, and Twitter by 5pm PST the day the contest ends. Winners will have 24 hours to claim their prize via e-mail or social media.

who can enter?
Anyone currently living in the United States of America is eligible to win!

prizes:
Check out our social media or back on this page each day to see what the prize is that day!

Got questions? Feel free to e-mail us at hello@vanityplanet.com with any questions!